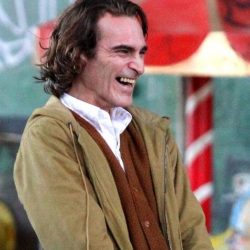 He Who Laughs Last

JOKER looks to be a box office hit well before it even hits the theaters.

I am out of that demographic, however, on several levels.

If the trailer is to be believed, this film is a take on the Joker’s origin that places him in the New York of Martin Scorsese, circa 1978.  Maybe even 1976?  I watched the trailer and was thinking the whole time I was watching a weird mashup of a DC cartoon and TAXI DRIVER.

Which scares the hell out of me, since I remember what happened with one young man struggling with poorly treated (if not untreated) mental illness after he watched TAXI DRIVER and fixated on one of its stars.

JOKER follows a man with a mental dysfunction slowly losing his battle with society.  He is getting punched down and punched down, and therapy isn’t helping.  When his mental care is taken away, he snaps.  From there we can only surmise what happens in the actual film, but it is sure to be horrible, violent, and ugly.

And I have no interest.

See, my first real job was scouring newspapers and creating databases of every murder in the state, and all of the relevant (and in some cases irrelevant) details related to the crime, the scene, and the two families involved – the victims and the perpetrator’s.  (Yes, I wasn’t even old enough to get a driver’s license, but I was tasked with looking at crime scene pictures and reading details that would make Stephen King vomit.)

I read about dozens of mentally ill men slipping through the cracks of the system in their teens and twenties growing up to be unsupervised powder kegs.  Warning signs were ignored – legally noted and recorded but still ignored – before those young men became rapists and murderers, or worse, serial killers.

Comic books have tens of thousands of fans, and they idolize the characters, both the heroes and the villains.  The Joker and Harley Quinn especially bother me because of the conflicts they present regarding the stigmas and exaltations of mental health and its industry.

And now we have a film that shows us all of the warning signs being presented – and allowed to pass unchecked – as a serial killer is created.

A serial killer who will emerge from the end of the story as a character predisposed to his audience to be worshiped.

A killer who is undeniably the hero.

And I cannot help but imagine that in the millions of movie tickets that will be sold, a handful at least will be sold to young men who will watch this film and identify with the character so closely that they will find within him a kindred spirit. I just hope they don’t follow the path that John Hinckley took over 40 years ago.