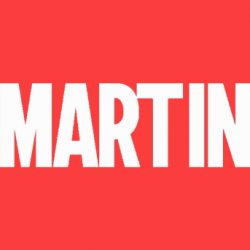 The Last Temptation of Martin?

Superhero films, according to Scorsese, don’t “convey emotional, psychological experiences to another human being.”

I looked back at some of the most notable works of Scorsese and Francis Ford Coppola, who agreed publicly with his friend Martin. Taxi Driver.  King of Comedy.  Goodfellas.  Color of Money.  Casino.  Gangs of New York.  The Godfather series.  Apocalypse Now.

These two men have made a tremendous list of arguably great films.  But the biggest pattern I found is that much of their success came in the 1970s and 1980s with films featuring corrupt, unlikable men in power who rarely, truly, receive punishment for their crimes.

Were they echoing a sentiment of the general public who was tired of living by the rules and getting nowhere?  Or where they idolizing “self-made” men who could do what they want without fear of reprisal.

Move ahead a few decades.

Our government is as corrupt as any conglomerate in any of Scorsese or Coppola film, if not much more so.  Money influences politics just as it did boxing matches forty years prior.  Don’t want to play that game?  Your career is over.

Film now reflects a different desire for the public.

Men and women we needed years ago when the government was being taken over by career criminals likely inspired by the exploits of the Corleones, Carbones, and Hills.

Maybe they are just a fun ride.

But when Steve Rogers stands up, weakened, exhausted, and tightens his shield, straightening up to face an opponent of undeserved power with unnatural skin color, perhaps for one last time…

All his movie…his character…does is inspire me to be a far better human than I was before.

All your movies have done for me is suggest a different way to slice garlic.