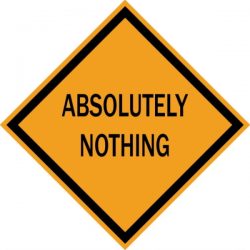 Once again, we stand at the brink of a political situation that requires a delicate balance of brinksmanship and tact.

Which means, once again, we are also at the brink of war.

Our country is not even 250 years old, yet nearly 40% of our history (and nearly 60% since 1900) has been spent in active military conflict with another sovereign nation.

It does not help that nearly every war and conflict since 1953 has been politically driven.  In other words, American troops were sent to foreign soil to protect the interests of American politicians, and not the citizens of the country to which we sent troops.

I am a pacifist.  I believe to my core that weapons and war are the tools of cowards afraid to use their minds and words to solve the problems of the world.

And I find it even more abhorrent that politicians who have done whatever they can to avoid physical conflict and military service are far too willing to subject our youth to danger for the whims of politics.

Now, in this case, it may very well be that the individual our drones assassinated was in fact a very dangerous human being.

But given the current political turmoil our nation is under, and with the presidential election months away, there is no way to read this other than a poorly executed attempt at distraction.  Pun very much intended.

Equally abhorrent is the use of American lives in such cavalier fashion.

Just as much as I believe that they should not be used at all, I also believe that our soldiers are not afforded the respect they truly deserve.

Young men and women, more often from the poorer demographics of our population, are lured into service with promises of post-service education and benefits.

But those benefits do not cover the true needs of soldiers after service.

Services like counseling, or societal reclamation, which would help prevent the scores of suicides amongst former servicemen and -women each year.  Re-education that turns young Americans turned into killing machines back into productive citizens.

Anything and everything we can do to help them after they have been used as political tools.

Remember that the next time you consider voting.  Consider candidates on any political spectrum who haven’t become so enfranchised that they are willing to play games with not just your taxes, but your children, and the world’s children.

Remember that politicians desperate to be re-elected are playing checkers with our children as pieces and hoping you will king them willingly in a few short months. Especially given that war really is good for absolutely nothing.