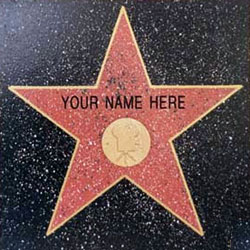 The Gravity of Celebrity

As I write this, investigators continue to try and piece together the last moments of helicopter flight N72-EX.

I don’t even need to continue, I bet, for you to know that this is the helicopter in which former athlete Kobe Bryant lost his life.  In all, nine people died in the crash, the cause of which may never fully be understood beyond its flying in fog deemed dangerous even for police pilots.

Nine people lost their life in what will probably be a simple, tragic accident of a flight taken in poor weather conditions.

As I began writing this, not all of the victims had been identified.  In fact, it is only because of the questionable morals of the web site TMZ that we discovered so quickly that Bryant was aboard.  Soon after, we learned of a greater tragedy: Bryant’s 13-year-old daughter was also on the helicopter.

It has since been reported that the casualties included an assistant coach in Bryant’s camp, Christina Mauser, and Orange Coast College baseball coach John Altobelli, his wife Keri, and their eldest daughter Alyssa.  Also killed in the tragic accident were young Payton Chester and her mother, Sarah, and the pilot, Ara Zobayan.

I cannot begin to fathom those last few moments – especially if the elder Bryant was aware of what was happening – and trying to find a way to comfort his daughter.  Or worse, what the Altobelli’s were going through: the Altobelli’s leave a son and 13-year-old daughter.  I can only imagine that Bryant at least could find some relief in his wife’s being able to comfort and care for his surviving family.  The Altobelli’s son is an adult, who must find some way to grieve while being brother, counselor, and now parent to his sister.

Chester was with her daughter, but leaves behind two sons and a husband, and Mauser also leaves children and a husband.

What affected me more was the lack of emotional outpouring for anyone else involved.

It would be hours before we knew the identities of any other victims of the crash.  However, in no time at all, shrines were up worldwide for Bryant, and outpourings of sorrow were posted all over social media for both him and his daughter.

Now, I am not speaking of waiting for names to be released.  I am speaking of gut reactions.  Posts were acknowledging that several people died in the crash and continuing with some form of “how horrible for the Bryant family.”  As in, just the Bryant family.  Of thousands of posts, very few bothered to acknowledge the sorrow the other victim’s families must have been going through.

I would hope that it is because of TMZ’s zeal for sensationalism, stemming from the aphorism “if it bleeds it leads.”  I would hope that it’s because everyone is grieving a favorite athlete while simply waiting to express remorse once the names of the other victims have been revealed.  I would hope it’s to show respect to the families of the remaining casualties while authorities locate them and give them the tragic news.

I know it’s not the case.

People will grieve for Bryant for a period of time appropriate to themselves, or until the next big celebrity passes unexpectedly.

And those seven will remain a footnote to the history of Bryant’s career.

It all makes me wonder about grief in general, and empathy in particular.  Are we as a culture now primed to only feel grief and empathy if someone actually close to us dies, a celebrity dies, or a very large number of individuals or our own socio-economic group dies?  Have we lost the ability to feel for people who suffer a tragedy when we have absolutely no connection to them at all?

I worry that as the world becomes figuratively smaller, so do our hearts’ ability to empathize.  Truly empathize.

I understand how someone we watch on television can over time become a fixture in our memory – take for example the actors on shows like M*A*S*H or Law & Order or Star Trek seem familiar to us, or like we know them – simply because we watched them in our home for years.

If that person was an artist or actor, that feeling can be amplified by the ways in which the work – be it a television show or film – touched us.  For some of us, athletes fill that role as well.

(I fully acknowledge that I do not understand the cult of celebrity when it comes to athletes, given how little they actually do for the betterment of our well being as opposed to writers, painters, or teachers, and I also acknowledge that it’s my conceit.)

But when we go out of our way to publicly and vocally grieve for, or acknowledge the tragic passing of, a celebrity when other have perished in the same event and don’t also in some way acknowledge the others…

To me that simply reinforces the idea that in our society we have no value beyond our bank accounts or our appearances on television. That living an honest life as you can, and being the best person you can, all means nothing, if in your last moments, you’re caught in the gravity of a celebrity.