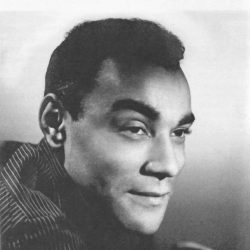 Comic Books have their eras like any other medium.  Film is currently in a blockbuster period, having run through cycles of grim noir, edgy comedy, dramatic character films, and then light comedies.  Comics generally follows a similar sort of cycle, but because the creative community behind the medium is much smaller, those cycles tend to blend together more.

We see these cycles less in the genres than we do in the artistic styles.  Currently, a more realistic style is de rigueur.  The further back you go in comics history, the simpler the artform, if for no other reason than more books were being produced by fewer artists.  Jack Kirby didn’t always render out his backgrounds because he was drawing as many as eight to ten books a month in Marvel’s early years.

One style, or aspect of comics that has never changed, however, is the desire for “Good Girl” or “Pinup” art.  Go to a convention these days and you see artists like Frank Cho or J. Scott Campbell.  Twenty years ago, it was Adam Hughes or Jim Balent.  Twenty Years earlier still, it was Milo Manara or Dave Stevens.

And yet all of them owe a debt to one Matt Baker.

Born in North Carolina in 1921, Matt Baker is as important to comics today as he was in the 1940s.  A heart condition kept Baker out of the military during the second World War, so he moved to New York where he began studying art.  Baker had gone to the Jerry Iger studio, and based on just one single sketch Baker had with him, Iger gave him a job.

Baker started drawing backgrounds, but quickly made the leap to feature artist.  His gift for drawing attractive women led to his drawing such features as Lorna Dorne, Sky Girl, and Tiger Girl.  In 1947 he was tasked with revitalizing a flagging book and in no time, Phantom Lady became a hit that Baker would draw for another two years.

Baker would move on to other series and soon become a staple of the romance genre, and he created his own series, Canteen Kate.  Canteen Kate was based around the Korean War and centered around an attractive young woman who worked on an army base who spent her time scheming to try and spend more time with her boyfriend.  The slapstick humor of the book coupled with Baker’s art made it a hit which lasted nearly two years, from 1951 to the end of the war.

Baker would work in various genres – despite being targeted for his Phantom Lady work by Dr Frederic Wertham in Seduction of the Innocent – until 1959 when Baker suffered a heart attack and died.

Baker was an amazing artist, but he was also a trailblazer.

Baker was seldom if ever turned away from his colleagues for the color of his skin.  Many believed that Black artists didn’t really begin working in mainstream comics until the 1970s.  It’s important to note that Baker was hired on the strength of his talent, on the strength of one single drawing.  He drew attractive women so well he turned it into a career.

His colleagues saw that talent before they saw his skin.  His hard work and dedication convinced them.

But what they didn’t see was underneath that skin.

His colleagues, who overlooked his skin color thanks to his talent as an artist, were unaware of his personal life, either assuming his dapper fashion sense meant he was a ladies’ man or he was simply a lifelong bachelor.  Baker’s brother, Fred Robinson, spoke of Baker’s relationship with publisher Archer St. John, but stopped short of calling them partners.

St. John’s relationships with women suggests a possibility that both men were bisexual, which would have been an even greater taboo, especially given their profession in the Wertham era.  It speaks to the hierarchical nature of prejudice as well that Baker felt – although we are talking minuscule degrees here – more comfortable as a Black man than he ever could as a Gay man.

In a little under 18 months we will be able to hoist a glass to the stars and thank them for giving us a talent as fantastic as Matt Baker on what will be the 100th anniversary of his birth.

Unfortunately, we will also have to apologize that after 100 years we still have to shout “Black Lives Matter” and hold Pride Parades to get those in power to acknowledge something as simple as humanity in those that are marginally different from others.

Ironic when Matt Baker worked – and was so influential – in an industry often cited for the credo “with great power comes great responsibility.”

A principle so many in power seem all to eager to be the first thing they throw away.  Or, more appropriately to those in power, it’s a “Phantom Creed.”

You can read more about Baker beginning with Matt Baker: The Art of Glamour from TwoMorrows. Physical copies and PDFs are available direct from TwoMorrows. This and other books are available from Bookshop.Org. Purchasing books from Bookshop.Org using this affiliate link directly helps the ICRVN and DFP. We earn a small commission which we use to pay for our internet and hosting expenses. Thank you in advance!